Alan Ward and Neville Gabie, two artists known to BBS through previous projects, approached us to help them again on an exciting new project, a commission for 'Cambridge Rules 1848'.

This endeavour celebrates the creation of the rules of football, and is so called because they were written in Cambridge back in 1848. These initial rules were nailed to a tree at Parker’s Piece in the city for the first game to be played according to these written guidelines.

The commission undertaken by our two artist friends was to take a large granite block, cut it down to nine equal pieces and have the rules of football engraved into the stone using worldwide texts and languages. Some of the pieces would be retained in Parker’s Piece, with the others being shipped around the world to different continents to be displayed as far away as Africa, China and Brazil.

BBS was able to use its in-depth stone knowledge to good effect, with our representatives taking the artists to Portugal to choose a suitable initial block that was subsequently cut down before being shipped back to the UK for their artwork to begin. 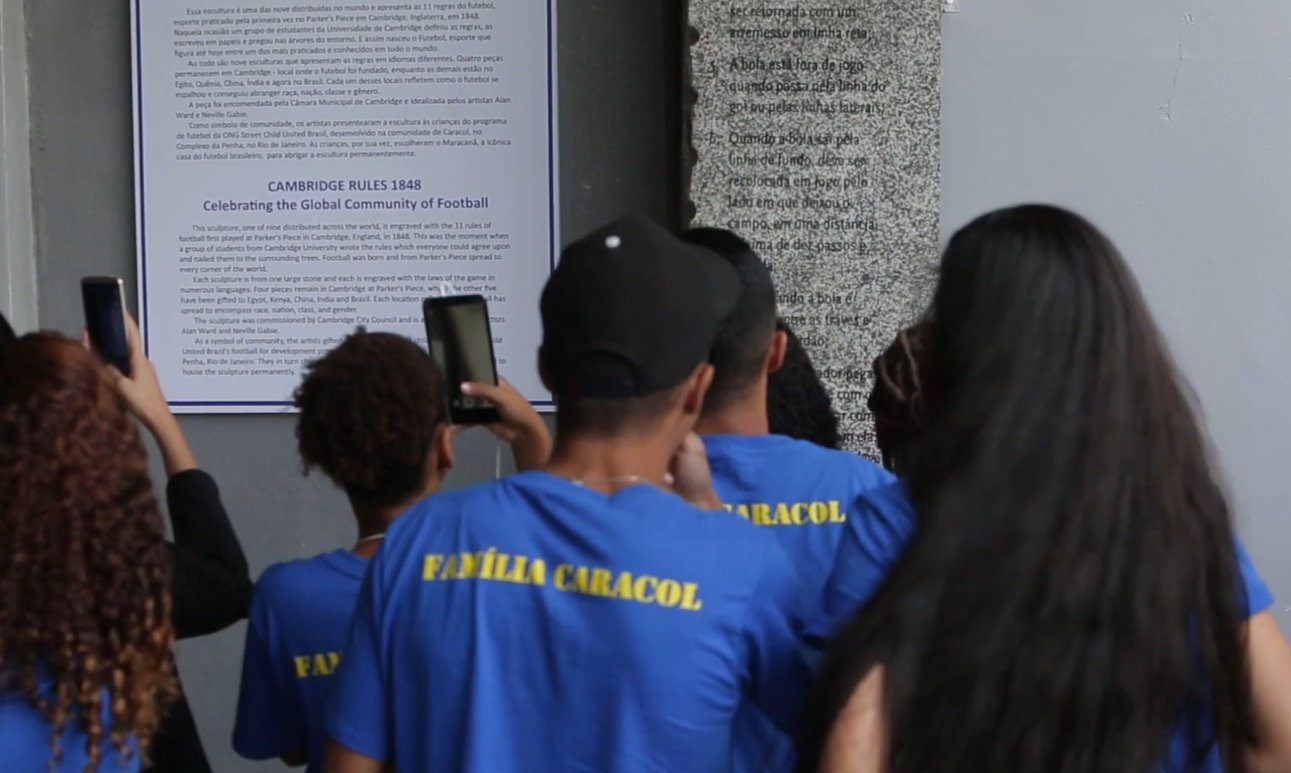 BBS’s close working relationship with Scribblestone further streamlined the development. Scribblestone were more than willing to be part of this incredible project and proceeded to apply/engrave the massive amount of lettering to the granite blocks, to an exemplary standard.

Once finished the blocks were transported to Cambridge and far beyond, where they are now on proud display. One of the blocks is sited in Shanghai at Shanghai Greenland Shenhua F.C. and another at the legendary Maracana stadium in Rio de Janeiro, Brazil.

The following video link showcases one of the stones on display at the Maracana stadium in Brazil and describes how our project is inextricably linked to helping the street children around the world play the game we all love.